Bagels with the Bards

We have a vibrant community of poets and writers who meet to chew the fat every Saturday morning at Au Bon Pain in Davis Sq. Somerville Massachusetts. Our membership reads like a Who's Who in the Boston Glitterati.

These now famous bards have produced an annual book for the five years. sample it:

Bagels With the Bards #1

So it came to pass that a couple of poets ‐‐ congenially munching their bagels in the spacious basement refectory of a bagelry called Finagle‐a‐Bagel on JFK in Harvard Square, all the while conjecturing upon the potential mental, spiritual and perhaps even physical salubriousness of occasional social interface with other human beings likewise blest or cused to pursue the word, to ply their craft or sullen art, in isolation ‐‐ gave birth to the idea of Bagelbards. At any rate, here it is: The First Annual Bagelbards Anthology, in celebration of the first full year of informal weekly Saturday morning gatherings of Bagelbards in the aforementioned spacius basement of Finagle‐a‐Bagel. Read it, and eat.

Bagels With the bards #2

It all came to fruition the day we made our first bagel, after a few energetic drafts of the thing. It got up from the table, shook its rolling shoulders, yawned from the hollow core mouth of itself, and began to dance. At that precise moment, the miracle came as sure as the Matrix Oracle would have predicted from over her pan of cookies. Sunlight hit the bagel, and it became lines on the floor, long lines that would have been perfect for any chorus line, but instead filled themselves with words, words that made promises to all of us. These words spoke the premise. The poet is a baker although he may never have the dough. We looked at each other and knew this was our creation myth, this dance of language on some piece of paper, or in our hearts, or in the burrowed brow of the manager trying to wrap his head around the idea that poets gather in the corner of his place on Saturdays and spend a few hours living, living, living. O bard, a bagel has become a poem.

Bagels With the Bards #3

Bagel Bard – noun. 1. A poet that is glazed and ring-shaped whose poetry has a tough, chewy texture usually made of leavened words and images dropped briefly into nearly boiling conversations on Saturday mornings— often baked to a golden brown. 2. –verb. To come together in writership over breakfast. To laugh so hard at an irreverent statement that the sesame seeds of the bagel you’ve just eaten explode from your mouth like grenade shrapnel. Welcome to the third Bagelbard Anthology. As some of you know (or can guess from the above definition) the Bagel Bards meet every Saturday morning at a designated spot. We breakfast in the original sense of eating, but also, because most of us are so busy working on our writing careers that we often find ourselves starved for great conversation. Well, the Bagel Bards breakfast hang is not only a place in which to do the aforementioned, but also to observe characters who themselves could be the subjects of poems and fiction.

Bagels With the Bards #4

The Bagel Bards are a group of poets varied in age, race, gender, who meet, share poems, discuss poetry, drink lots of coffee, chew a bagel if so desired, sometimes sell their books. The atmosphere is generous and open to all, and you don’t have to be a poet to attend. What I find most exciting about the Bards, people here are not conscious of reputation and achievement, but love the poem and good friendly unpretentious talk. That doesn’t mean that pretensions don’t exist if that’s what you desire, but the coffee is strong, the people sincere and are publishers of small press magazines, pamphlets and books. If you want to be in an atmosphere that is intelligent without self-involved, convoluted literary talk of people who need to prove themselves and announce themselves as artists, here is a place to find the pleasure that good literary company may offer. — Sam Cornish, Poet Laureate of Boston, MA

Bagels With the Bards #5

The work here is as individual and unique as each contributing Bard. Delighted readers will find a variety of styles and forms, including ekphrasia, prose poems, villanelle, and free form poetry. Between these covers can be found little day-to-day deaths, dreams, and wounds, lost causes and dead ends presented in playful, whimsical, and experimental ways. If you haven’t discovered the Bagel Bards yet, start with their latest anthology. Short of having breakfast with them at the Au Bon Pain, reading the results of their Saturday mornings is the next best thing. — Laurel Johnson Midwest Book Review Bagels with the Bards #6

Once a year, we celebrate our writing by putting together an anthology. It is as democratic as our gatherings — if you’re a Bagel Bard, you’re in. But this year I asked each Bard to submit three pieces, so I could choose among them. I’m glad I did, because I always found one piece that was stronger than the other two. Consequently, I think you’ll find this an interesting collection, with styles as varied as the personalities of the Bards. Enjoy! — Lawrence Kessenich, Anthology Editor 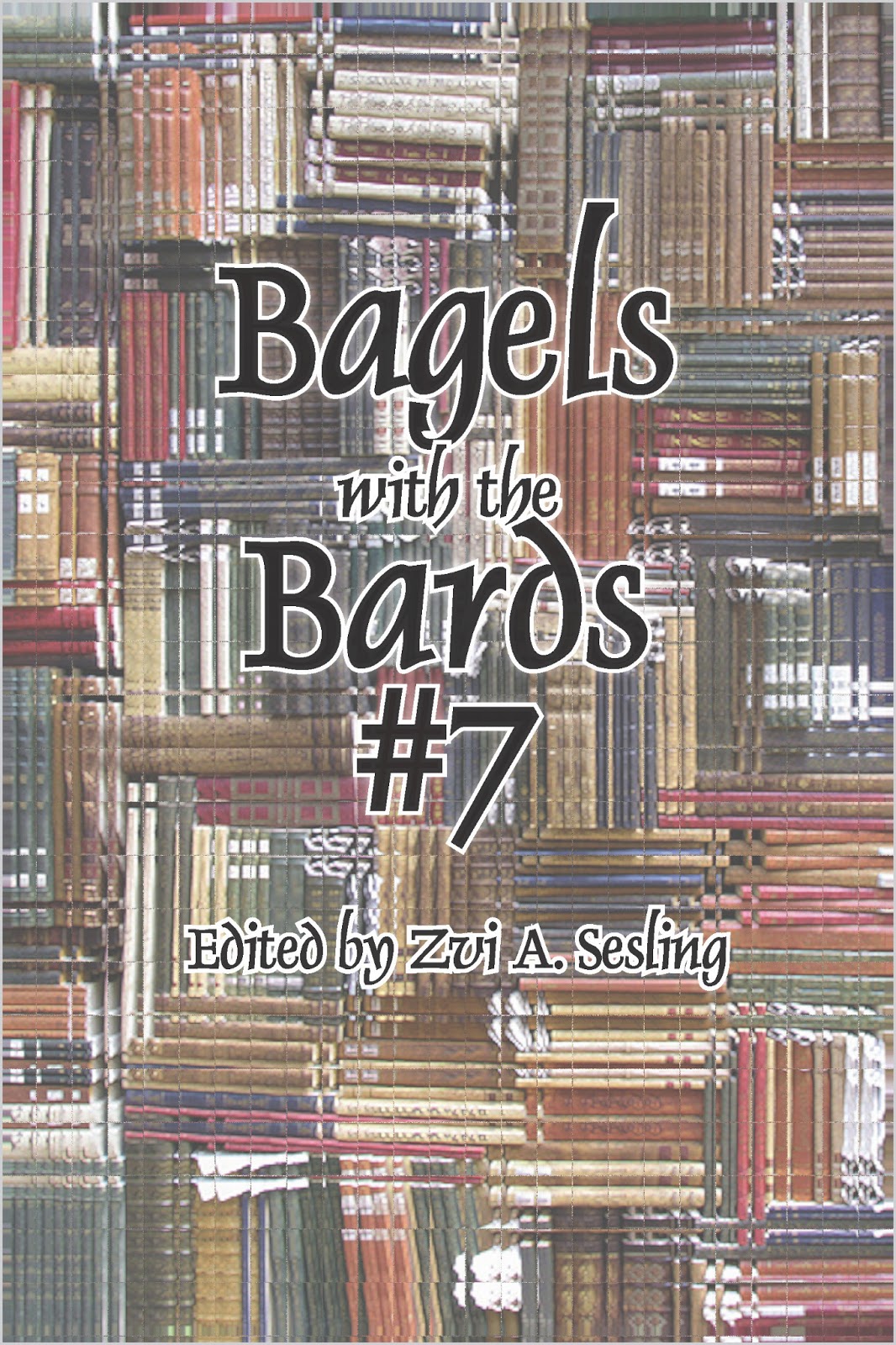 Bagels with the Bards #7


If you were to ask me about one of my best days or my most memorable poetry experiences I would fold them into one and say the day I met Doug Holder he invited me to the Bagel Bards at the Au Bon Pain in Davis Square, Somerville MA.  I had not heard of the group, but from my first visit I was made to feel at home, like walking into a living room  of cousins I had not yet met. This group, however, was far more eclectic, diverse and totally literary. Men. Women. Caucasian. African-American. Seniors. Young. Jews. Christians. Novelists. Teachers. College professors. Mental Health workers. Artists.  I probably have not named them all, but you get the idea: a melting pot of heterogeneous creativity. Here were people with whom I could associate on many levels.

I am told it started eight years ago.  Doug and Harris Gardner, another fine poet, decided to start “Breaking Bagels with the Bards” - now known as the Bagel Bards.  It began modestly with a few people and has grown to as many as fifty on any given Saturday. 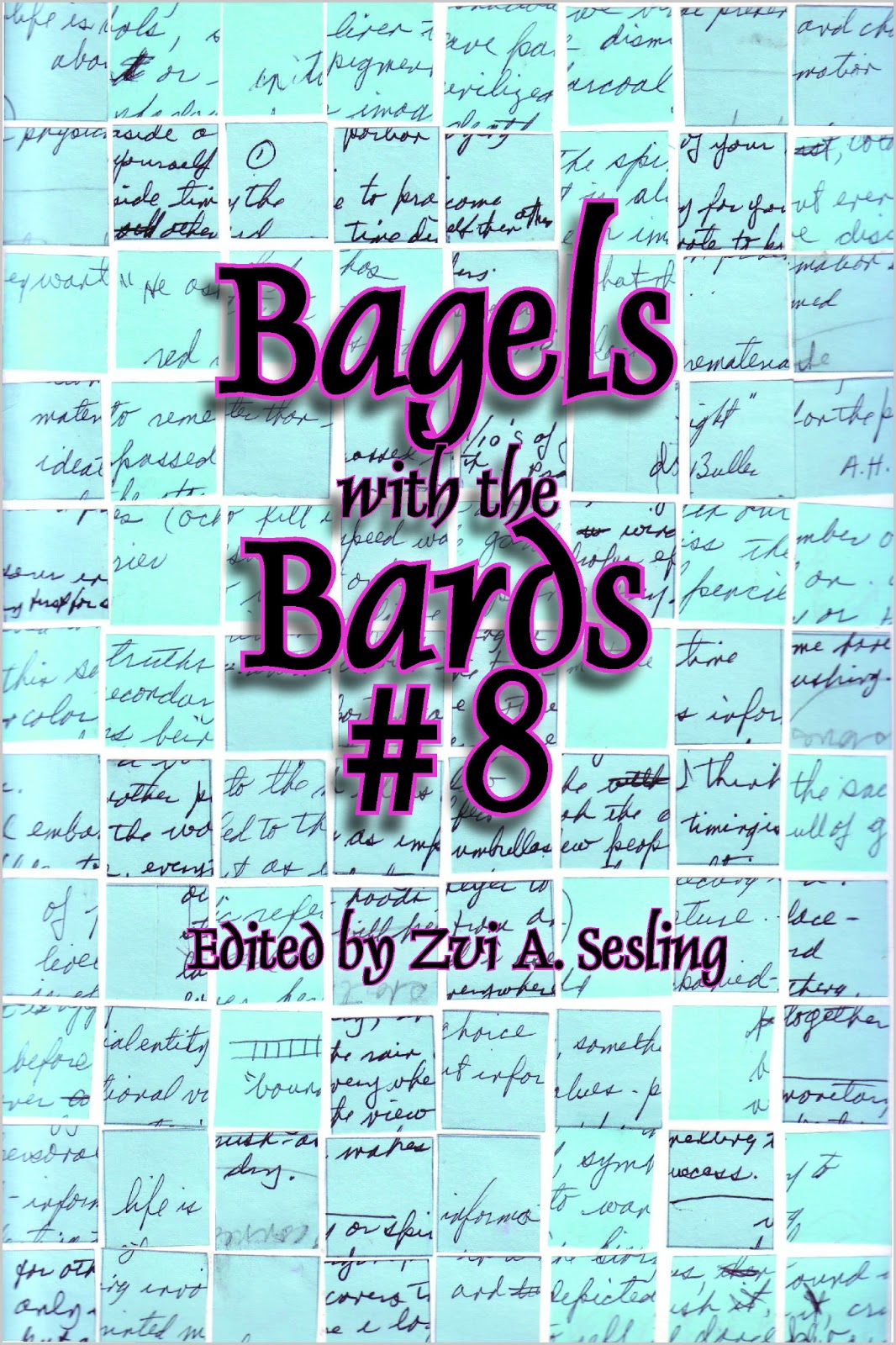 Bagels with the Bards #8


Nine years ago two poets Doug Holder and Harris Gardner, were having breakfast when they decided to form a writers social group, “Breaking Bagels with the Bards.”  This is now known as the Bagel Bards. It began modestly with a few people and has grown to as many as thirty-five on any given Saturday.  From initially a small group, Bagel Bards now has more than one hundred and twenty members.  To join, one need only attend once. There are no attendance requirements, no dues, no fees.

Who comes to these Saturday gatherings?  Well, you might run into Boston Poet Laureate Sam Cornish or maybe novelist Luke Salisbury.  Then again, poet Afaa Michael Weaver may be there.  Poet, memoirist and teacher Kathleen Spivack may be found chatting. Gloria Mindock editor of Cervena Barva Press, is usually an attendee. And there are many more wonderful writers who have been published, and a number of others in the process of writing or finishing books. Most have seen their work in print, in hard copy, or online